If you are looking for a beautiful plant that will grow in your garden, then a four O’clock family is one of the best choices. However, it’s not easy to get started growing them.

The good news is that it isn’t hard if you follow some basic steps and use our guide on growing at four o’clock. We also have tips on how to make sure they thrive in your garden or pots so you can enjoy their beauty every day.

This article has everything you need to know about these plants, including what they look like when fully grown, where they come from and why aren’t more people using them? You’ll also find out which soil mix works best with these flowers, as well as how much water and sunlight they require for optimal growth. Finally, we’ll show you step-by-step instructions on how to care for this plant.

As we’ve already mentioned in this article, Mirabilis Jalapa, also commonly known as four o’clock flowers, is a species of flowering plant which belongs to the genus Mirabilis and is a member of the family Nyctaginaceae. Native to South America but now cultivated worldwide, it has a very long blooming season that starts in the early summer and goes until late autumn. It can also self-seed, but that’s not a bad thing as it ensures the survival of species as well as maintaining good soil quality due to the dropping of its seeds by heavy rains.

Maintaining four o’clock is not that difficult. They also grow through other plants nicely, making them great for underplanting. Make sure you water your plants regularly if there are no rains. It’s better to water them early in the morning to not wet their leaves under the hot sun for hours. If you have children, don’t forget to keep it away from reach as they might get poisoned when nibbling on its juicy fruit.

Four o’clock does well in full sun. This means that they need approximately six to eight hours of direct sunlight. If your four o’clocks are not doing very well, try repositioning them in a place with more sun exposure. They also tolerate partial shade, although they might not bloom as heavily.

Water your four oclocks regularly during the growing season so that the soil’s surface is always moist. It’s better to water them early in the morning to not wet their leaves under the hot sun for hours. This will also keep your plant safe from rot and mildew.

Also, avoid overwatering as this could lead to fungal diseases due to root rot. On the other hand, make sure that your four o’clock does not dry up. These plants can also grow in wet soil, but make sure that the soil drains well; otherwise, they may suffer from root rot or stem rot which could eventually kill them. You can also keep the soil moist by mulching around the base of the plant.

Four o’clocks thrive in warmer temperatures and are grown as annuals in colder regions. They should be grown outdoors if possible during the summertime to enjoy their fragrant blooms. However, they can still bloom indoors if you provide them with enough light and warmth during winter.

Four o’clock prefers an average temperature of around 70 degrees Fahrenheit or 21 degrees Celsius for best growth. When grown in cooler climates outside their growing zones, the plants will die once the frost date and cold fall temperature arrive. So, they must be brought inside for winter.

When it comes to humidity, mirabilis Jalapa is a bit particular. The plant must not be exposed to high humidity during its blooming stage in order to prevent the development of fungal diseases, especially on foliage and flowers. When grown indoors, misting with water can help increase humidity levels for short periods.

Mirabilis Jalapa grows best in rich, loamy, and well-drained soil. Plant or transplant seedlings in nutrient-rich soils with acidic pH. Plant mirabilis Jalapa is very deep so that the base of the stalk is covered by at least 2 inches of soil. This plant prefers neutral to slightly acidic soil and is a heavy feeder, so ensure that you add plenty of organic matter to enrich your soil with nutrients. Mirabilis Jalapa grows poorly in alkaline soils so you must ensure you test the soil pH

You can plant seeds or existing Mirabilis Jalapa plants. Sow seeds 1/4 inch deep in potting mix and covers with a fine layer of sand to retain moisture. Keep the soil moist until seedlings germinate.

Apply general-purpose fertilizer in the spring and continue feeding them monthly until the plants are in full flower. But if you already have rich soil in your garden, you should not need to fertilize. You can also make a composter and feed your plants with manure rich in nutrients.

Four o’clock flowers open in the late afternoon when the sun is going down and close the next morning. This characteristic makes Mirabilis Jalapa one of a large group known as moonflowers. The late afternoon flowers attract butterflies, which love its nectar, so your garden will benefit from this plant even if you have nothing to gain from eating them. It also attracts nocturnal pollinators such as bats and night-flying birds.

The trumpet-shaped portion of four o’clock flowers resembles those of tropical hibiscus. If you have a greenhouse or grow house, they are well cultivated as permanent flowers.

Four o’clock plants are grown from large seeds, making them easy to plant. Four o’clock seeds germinate quickly and grow faster. Make sure you keep your seedbed moist during germination. Plant four o’clock seeds directly to your yard or garden before the last frost in your area.

How to Grow four O’clock Plant from Seed

Four o’clock seeds can be sown directly in the garden once the soil has warmed in the spring. Or, you can start them indoors 6 to 8 weeks before the areas projected for the last frost date. Sow your four o’clock seeds 1/4 inch deep and cover with fine sand to retain moisture. Keep the potting mix moist until germination occurs (7 to 10 days). 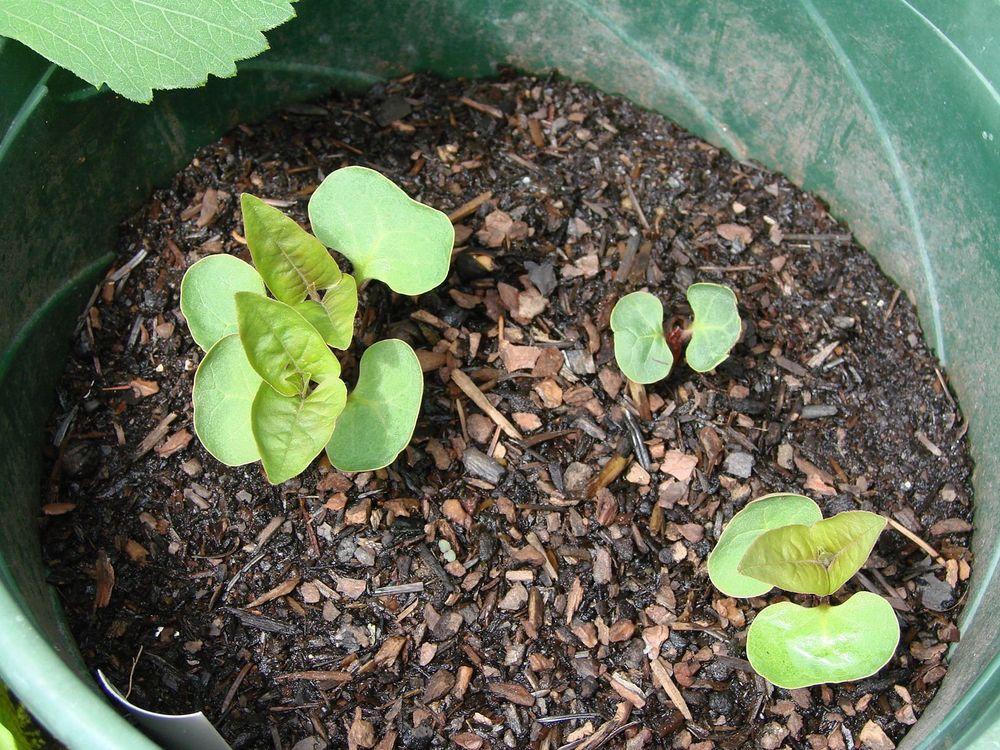 Place them by the light source and keep the soil moist but not soggy for the first three weeks. Gradually introduce them to more light over the next month. Feed four o’clock plants every two weeks until they are in full bloom with a water-soluble fertilizer high in blooming ingredients.

Make sure you plant four o’clock in full sun or partial shade as they can tolerate both. These plants are native to Mexico and South America but are grown in the United States as annuals. They’re also called Marvel of Peru. You can grow this marvel of Peru in garden beds, containers, borders, around patios, and walking paths.

After your plant is done blooming in the fall, cut the stalk down to a few inches. You can leave this in place or remove it, whichever you prefer. Store it in a cool, dark place. You can then replant them the following spring in warm temperatures.

How to Get Four O’clock Plants to Bloom

Four o’clocks mirabilis Jalapa bloom each year, starting from summer towards the fall. They have large, attractive, scented flowers. The tubular flowers are known for their strong fragrance and come in different colors. Mirabilis Jalapa blooms after its leaves are fully grown, so you can expect to see the first flower within six weeks of sowing the seeds. 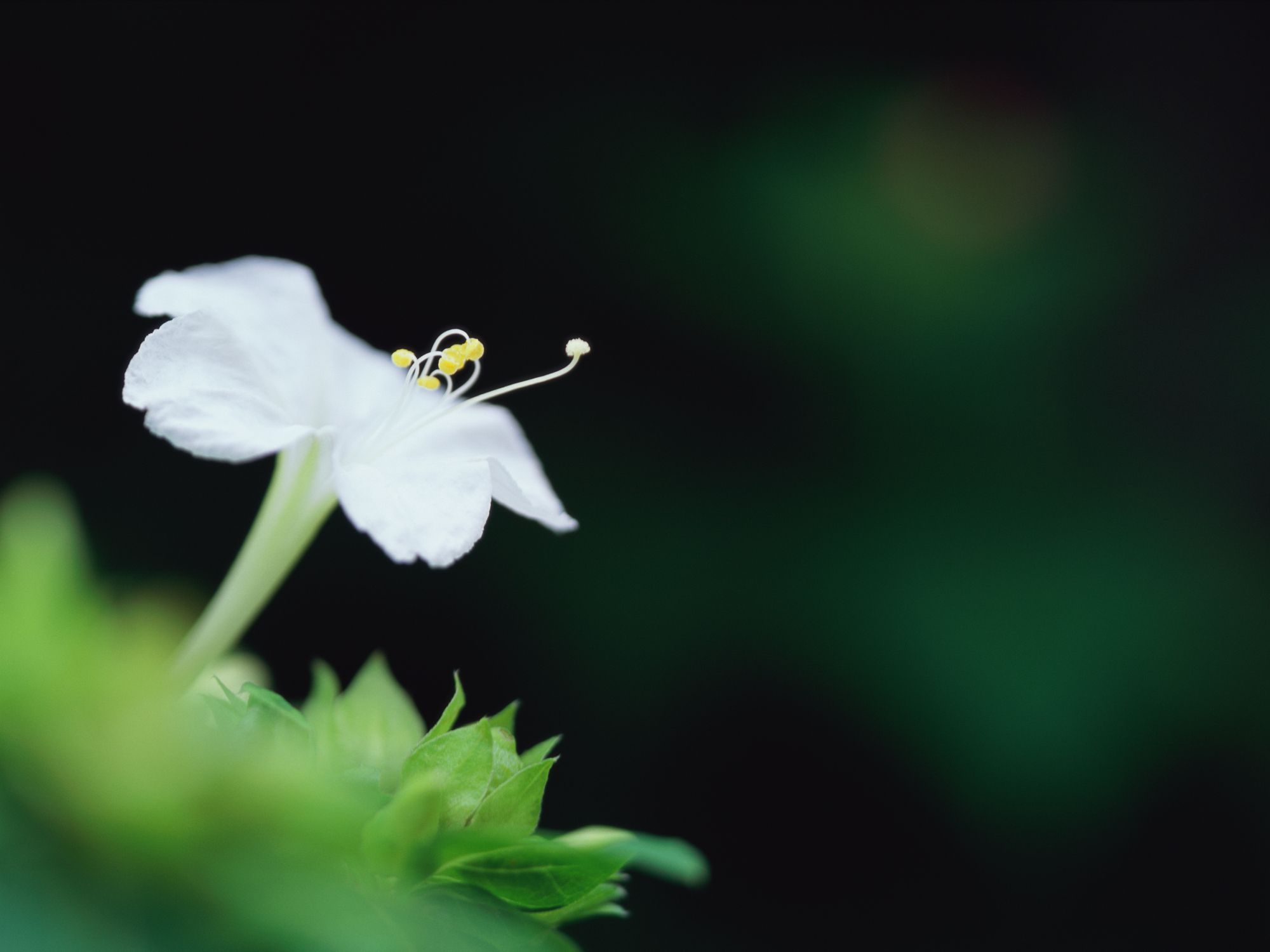 If the plant doesn’t bloom, the problem may be environmental. Four o’clock needs at least six hours of full sunlight every day to bloom, so if you live in a place with alternating periods of sun and rain, four o’clock plants will never produce flowers. You can also try to affect the blossoming time by changing the growing season or temperature.

Poor soil can also lead to sparse blooms. Make sure the four o’clock has enough room to spread its roots throughout the pot. When you water the soil, make sure it’s moist but not soggy. Spent flowers also don’t naturally fall off; instead, they require to be manually removed when they become too shabby.

FAQs on How to Grow Four O’clock Plants

Why is it called the four o’clock plant?

The four o’clock plant derives its name from the flowers that usually bloom open between four to six in the evening. They stay open until six the following morning before closing up again.

How often should I water my four o’clock plant?

It is recommended to water your four o’clock twice a week during summer, and once every three days in winter. Make sure the soil stays moist but not wet or soggy.

How long does it take four o’clock to grow?

Four o’clock takes about six months to grow. However, growing four o’clock can be sped up drastically by cutting off flowers that are starting to fade. This should be done every two weeks.

Final Thought on How to Grow Four O’clock Plant

As you can see, growing and maintaining these morning glories is simple. With minimal effort, you will be able to watch these beautiful flowers take over your yard in three months or less. The best part about growing four o’clock is that once they are established, it won’t take much work on your part to keep them alive and healthy.

Did you miss our previous article…
https://www.healthycravingsholistickitchen.com/?p=393

The post Top 6 Best Thermoelectric Wine Coolers for 2021 appeared first on Kitchen Infinity. Did you miss our previous

An Incredible story from our Client